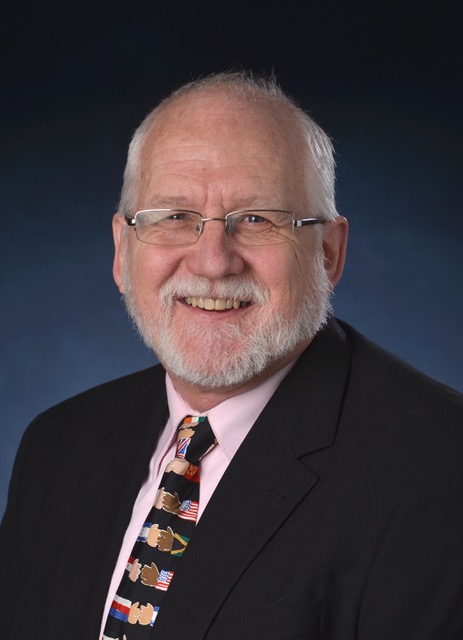 Dr. Jim Lansford is in the standards group at Qualcomm, working in Wi-Fi and V2X standards and strategy.   He has over 40 years of experience in communications systems, digital signal processing, and strategic business development.  Prior to its acquisition by Qualcomm in August 2015, he was a Fellow in the Global Standards Group at Cambridge Silicon Radio (CSR).
Dr. Lansford has been Chief Technology Officer of three wireless startups (Momentum Microsystems, Mobilian, and Alereon) and held senior technical positions at Harris and Intel Corporation before CSR and Qualcomm.  Dr. Lansford was formerly the co-chair of 802.15.3a (high speed UWB) as well as former chair of 802.19 (Coexistence) within IEEE 802, and was also a vice-chair of IEEE 802.15.2.  He is currently chair of the Wireless Next Generation Standing Committee in IEEE 802.11.   In the Wi-Fi Alliance, he chairs the Automotive Market Segment Task Group and the Long Range Strategy Group; he was previously the chair of the DSRC Marketing and Technical Task Groups.

In addition to his experience with Qualcomm and other companies, Dr. Lansford has served on the teaching and/or research faculty of Georgia Tech, the University of Colorado at Colorado Springs, and Oklahoma State University; he was also a Visiting Associate Professor at Texas State University. He is currently active as an Adjunct Professor in the graduate Technology, Cybersecurity & Policy Program at the University of Colorado – Boulder.  Dr. Lansford has served as an ABET Program Evaluator, is currently a Senior Member of the IEEE, and has a Wireless Communications Engineering Technology (WCET) certification.

Dr. Lansford has a Ph.D. in Electrical Engineering from Oklahoma State, an MSEE from Georgia Tech, and a BSEE from Auburn University.  He lives in Cascade, Colorado with his wife, Lynn, and daughter, Katelynne.
Talk title: The Connected Car: Will Autonomous Vehicles Finally Get Them on the Road?
Talk abstract: Vehicle to Anything communication, commonly called V2X, has been in cars rumbling around test tracks and limited deployments for 20 years.  Even though tens of thousands of people are injured or killed on US highways every year, and despite billions of dollars spent on research and trial deployments, only a few thousand vehicles have ever been built that employ this technology.  While it could be argued that sensors and artificial intelligence can take on some of the tasks envisioned for V2X communication, the technology has gotten renewed interest as the race to deploy autonomous vehicles has gained steam.  V2X technology has historically been thought of as aiding human drivers, alerting drivers to hazards beyond their senses.  V2X can provide much more than driver assistance, however – allowing autonomous vehicles to share information and cooperate with each other in ways not possible for human drivers.  In this talk, we’ll cover the history of Intelligent Transportation Systems, provide a snapshot of where V2X technology is today, and look ahead to how cars talking to each other and infrastructure can augment the ability of autonomous vehicles to sense and react to the environment far beyond their sensors.

Edward Knightly is the Sheafor-Lindsay Professor of Electrical and Computer Engineering and Computer Science at Rice University. He received his Ph.D. and M.S. from the University of California at Berkeley and his B.S. from Auburn University. He is an ACM Fellow, an IEEE Fellow, and a Sloan Fellow. He received the Dynamic Spectrum Alliance Award for Research on New Opportunities for Dynamic Spectrum Access and the National Science Foundation CAREER Award. He received best paper awards from ACM MobiCom, ACM MobiHoc, IEEE Communications and Network Security (CNS), IEEE SECON (twice), and the IEEE Workshop on Cognitive Radio Architectures for Broadband. He served as general chair or technical chair for ACM MobiHoc, ACM MobiSys, IEEE INFOCOM, and IEEE SECON. He serves as an editor-at-large for IEEE/ACM Transactions on Networking and serves on the scientific council of IMDEA Networks in Madrid and the scientific advisory board of INESC TEC in Porto. He served as the Rice ECE department chair from 2014 to 2019.

Professor Knightly’s research interests are design and in-the-field demonstration of new mobile and wireless networks and systems, including mission-driven autonomous drone networks, wireless security, and networked spectrum access in UHF, 60 GHz, THz, and visible light. He leads the Rice Networks Group. The group’s projects include deployment, operation, and management of a large-scale urban wireless network in a Houston under-resourced community. This network, Technology For All (TFA) Wireless, has served over 4,000 users in several square kilometers and employs custom-built programmable and observable access points. See a video from the 2016 White House announcement of the Advanced Wireless Research Initiative. The network was the first to provide residential access in frequencies spanning from unused UHF TV bands to legacy Wi-Fi bands (500 MHz to 5 GHz). His group developed the first multi-user beam-forming WLAN system that demonstrates a key performance feature now provided by Wi-Fi since the 802.11ac amendment.
Talk title: WLANs above 100 GHz: Mobility, Sensing, and Security
Talk abstract: This talk will describe new capabilities and challenges for realizing WLANs operating from 100 GHz to 1 THz. We will begin by describing emerging transmitter and receiver architectures that can realize high-frequency communication and sensing. We will discuss the key elements needed to realize links that are robust to client and environmental mobility.  We will describe how new sensing  capabilities can go beyond merely “higher resolution due to smaller wavelength” via new device capabilities. Lastly, we will address physical layer security and resilience to eavesdroppers. We will show how we can likewise go beyond  “better security due to narrower beams” and realize new security features.