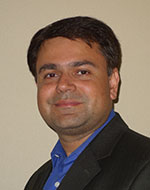 Omesh received his PhD from Rensselaer Polytechnic Institute for his thesis on Analysis and Improvement of Multimedia Transmission over Wireless Networks. Omesh has authored more than 30 papers in premier international Journals and Conferences and holds more than 30 patents. Omesh has served as chair of multiple committees for IEEE conferences. He has co-organized Computational Intelligence and Soft Computing workshops alongside PACT. Omesh regularly serves as a Technical Program Committee member and reviewer for international conferences and journals. 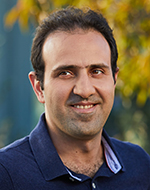 Ahmad Beirami is a research scientist at Facebook AI, solving state-of-the-art challenges in Conversational AI to power the next generation of virtual digital assistants. Prior to that, he led the AI agent research program for automated playtesting of video games at Electronic Arts. Before moving to industry in 2018, he held a joint postdoctoral fellow position at Harvard & MIT, focused on problems in the intersection of core machine learning and information theory. He is the recipient of the 2015 Sigma Xi Best PhD Thesis Award from Georgia Tech, for his work on the fundamental limits of network traffic compression. 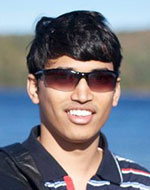 Dr. Anirudh Badam is a Principal Researcher at Microsoft Research where he leads multiple storage and data intensive computing projects spanning the edge and the cloud. He has a Ph.D. in Computer Science from Princeton University where his thesis work was recognized as one of the top ten emerging technologies of 2010 by MIT’s Technology Review and the corresponding IP was adopted by a leading storage technology company. His work on storage and edge computing systems since joining Microsoft Research have won multiple best paper awards and recognitions. His work on new battery technology and ways to leverage them in systems small and large has made it into Microsoft laptops as well as data centers. More recently, he is working on problems pertaining to storage and data in the commercial industry sectors including agriculture, retail, energy, media, and financial services. 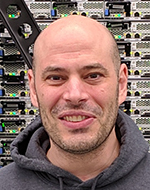 Oguz received his BSME, BSEE, MSEE and PhD degrees from Purdue University. He was with Intel Labs from 2008 to 2017 where his contributions included building an all electronic DNA sequencing system and an ultra-low power intelligent analog front end for IoT applications. Later he was with Intel AI Lab from 2017 to 2020 researching deep learning based solutions to various audio applications and enabling training of large deep learning models. Since May 2020 he is with Amazon Alexa, focusing on advancing Speaker ID systems, including training and inference at the edge.

Dr. Tugba Erpek is a Lead Scientist at the Networks and Security Division of Intelligent Automation, Inc. (IAI). She is the Network Communications Technical Area Lead. She is also an Adjunct Research Professor at the Hume Center at Virginia Tech. She received her Ph.D. degree in Electrical and Computer Engineering from Virginia Tech. She has been developing machine/deep learning algorithms to improve the performance, situational awareness and security of wireless communications systems. She has been the Principal Investigator for numerous government-funded projects. Her R&D work covers wireless communications, 5G and 6G communications systems, IoT security, cognitive radio, machine/deep learning, adversarial machine learning, network protocol design and implementation, and resource allocation. 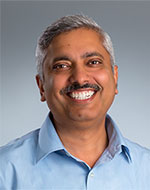 Sanjay is an entrepreneurial technology executive experienced in bringing new technology to market and creating global standards necessary for interoperability and market adoption. Previously, Sanjay held positions as Vice President of Product Management and Development at Motorola, as well as a role as professor of Electrical and Computer Engineering at Illinois Institute of Technology. Sanjay received his Ph.D. in Systems and an M.S. degree in Electrical Engineering, both from the University of Pennsylvania. and holds over 18 patents and has over 40 publications in archival journals and leading academic conferences. 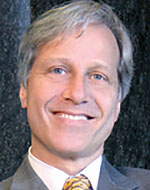 Alex joined International Rectifier as an R&D engineer and is the co-inventor of the HEXFET power MOSFET, a power transistor that displaced the bipolar transistor and launched modern power conversion. Over the 30 years Dr. Lidow was at IRF, his responsibilities grew from engineer to head of R&D, head of manufacturing, head of sales and marketing, and finally CEO for 12 years. In addition to holding many power MOSFET and GaN FET patents, Alex has authored numerous publications, including the first textbook on GaN transistors, GaN Transistors for Efficient Power Conversion. In 2004 he was elected to the Engineering Hall of Fame, and in 2005 IRF, under his leadership, International Rectifier was named one of the best managed companies in America by Forbes magazine. Dr. Lidow earned a Bachelor of Science in Applied Physics from the California Institute of Technology and a doctorate in Applied Physics from Stanford University. https://www.linkedin.com/in/alex-lidow-7831b78 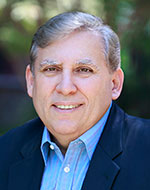 Cesar is a seasoned technologist, entrepreneur, and investor. Prior to Energous, Cesar has had a broad experience in large enterprises and startups. He has previously served as Vice President of Engineering for Wireless Connectivity at Marvell Semiconductor. During his time with Marvell, Cesar lead Marvell’s worldwide R&D and development of all Wi-Fi, Bluetooth, FM, and NFC products. Prior to Marvell, Cesar drove technology innovation at Broadcom responsible for WiFi products.

Cesar has over 20 years of experience working across hardware, software, and services and recognized as a pioneer in the technology development of multiple first-of generations of SISO and MIMO wireless products. He is an IEEE Senior Member, and he has written over 40 conference and journal papers and holds 24 patents.

Cesar holds a B.S. and M.S. in Electrical Engineering from the NYU Tandon School of Engineering and holds a Certificate of Business Excellence (COBE) from the University of California, Berkeley. 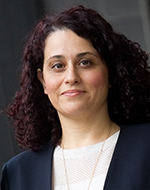 Melike Erol-Kantarci is Canada Research Chair in AI-enabled Next-Generation Wireless Networks and Associate Professor at the School of Electrical Engineering and Computer Science at the University of Ottawa. She is the founding director of the Networked Systems and Communications Research (NETCORE) laboratory. She has over 150 peer-reviewed publications which have been cited over 5500 times and she has an h-index of 37. Recently, she received the 2020 Distinguished Service Award of the IEEE ComSoc Technical Committee on Green Communications and Computing and was selected for the 2019 list of “N2Women: Stars in Computer Networking and Communications”. She has received several best paper awards including the IEEE Communication Society Best Tutorial Paper Award in 2017. Dr. Erol-Kantarci is the co-editor of three books on smart grids, smart cities and intelligent transportation. She has delivered 50+ keynotes, plenary talks, tutorials and panels around the globe. She is the Specialty Chief Editor for the Smart Grid Communications Section of the journal “Frontiers in Communications and Networking”. She is on the editorial board of the IEEE Transactions on Cognitive Communications and Networking, IEEE Internet of Things Journal, IEEE Communications Letters, IEEE Networking Letters, IEEE Vehicular Technology Magazine and IEEE Access. She has acted as the general chair and technical program chair for many international conferences and workshops. She is the Chair for the special interest group (SIG) on “Machine Learning and AI for Networking” and the Chair for “SIG on Green Smart Grid Communications” at ComSoc Technical Committees. She is a steering committee member for the IEEE Sustainable ICT Initiative. Her main research interests are AI-enabled wireless networks, 5G and 6G wireless communications, smart grid, electric vehicles, Internet of things and wireless sensor networks. She is an IEEE ComSoc Distinguished Lecturer, IEEE Senior member and ACM Senior Member. 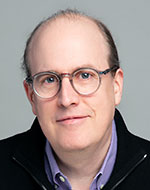 Zeutschel Professor in the Allen School of CSE & Dept of ECE, University of Washington

Joshua R. Smith is the Milton and Delia Zeutschel Professor, jointly appointed in the Allen School of Computer Science, and in the Department of Electrical and Computer Engineering at the University of Washington, where he leads Sensor Systems Laboratory. His research focuses on inventing new sensor systems, devising new ways to power and communicate with them, and developing algorithms for using them. This research has applications in the domains of ubiquitous computing, robotics, medical devices and HCI. His group develops novel sensors for robotic manipulation, resonant wireless power transfer, and far-field wirelessly powered sensing platforms.

Expertise: System, Control, and Applications in Power Electronics and Mechatronics 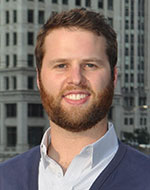 Jacob Babcock is CEO and Founder of NuCurrent, Inc., a venture-backed wireless power company based in Chicago. Fortune 1000 companies rely on NuCurrent’s deep expertise, leadership and proprietary technology to create their next breakthrough products. The company is active with all major industry standards bodies, and its technology is featured in multiple devices with leading companies in the auto, consumer electronics, industrial and medical segments. The company is a global leader in wireless power innovation and was recognized as the “Most Innovative Company in Illinois (2019)” by Crain’s Business Journal.

Jacob is a named inventor on over 30 patents, has a JD from Northwestern University School of Law, a BA from Indiana University, and lives in Chicago with his wife, two daughters and dog where he risks life and limb cheering for the Packers and Brewers.