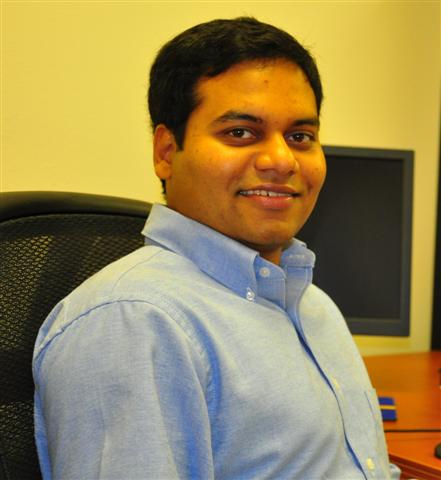 Abstract: With the proliferation of the Internet of Things and Cyber-Physical Systems at the network edges the projection is that the largest amount of data generated/transmitted on the Internet will be from the edges of the    network. All this brings the end users and their data into sharp focus, particularly, from the perspective of data and user security and privacy operating with the conflicting goals of desirable low-latency and also management of the large data amounts. In practice, there is a difficult fine balance between safeguarding individual's privacy rights and not diluting the efficacy of operations. In one of our recent works, we explore this problem illustrating it in the context of national security investigations as exemplified by reports on government surveillance programs that have caused significant public controversy and many challenges by civil and privacy rights organizations. Surveillance is generally conducted through a mechanism where federal agencies obtain a warrant from a federal or state judge (e.g., the US FISA court, Supreme Court in Canada) to subpoena a company or service-provider (e.g., Google, Microsoft) for their customers' data. The courts provide annual statistics on the requests (accepted, rejected), while the companies provide annual transparency reports for public auditing, which often are at a very high level, generic, released after-the-fact, and are inadequate for auditing the operations. Often this is attributed to the lack of scalable mechanisms for reporting and transparent auditing. In this talk, with this use case we broadly motivate the needs for auditing of monitoring and data sharing activities to discuss a novel auditing framework, SAMPL, which leverages cryptographic mechanisms, such as zero knowledge proofs, Pedersen commitments, Merkle trees, and public ledgers to create a scalable mechanism for auditing electronic surveillance/data sharing processes involving multiple actors. SAMPL is the first framework that can identify the actors (e.g., agencies and companies) that violate the purview of legal stipulations, such as court orders, General Data Protection Regulations.

* Preliminary results from this research were published in ACM CCS 2019.

Bio: Dr. Satyajayant Misra is a professor (from 2020) in computer science at New Mexico State University (NMSU), USA, he joined NMSU in 2009 as an assistant professor. He received his Ph. D. degree in computer science from Arizona State University, Tempe, in 2009 and his integrated M.Sc. (Tech.) information systems and M.Sc. (Hons.) physics degrees from the Birla Institute of Technology and Science, Pilani, India, in June 2003.

His research interests include anonymity, security, and survivability in networks and protocol design for wireless networks, the future Internet, and in supercomputing and smart grid architectures. He has over 100 peer-reviewed publications in several prestigious venues, such as ACM CCS, IEEE/ACM Transactions on Networking, IEEE Transactions on Mobile Computing,IEEE IoT Journal, IEEE INFOCOM, IEEE/ACM Supercomputing Conference, and IEEE Biomedical Circuits and Systems Conference. His research has garnered over 5500 international citations.

He served on the editorial board of the IEEE Communications Surveys and Tutorials and of the IEEE Wireless Communication Magazine (feature editor). He currently serves as an associate editor of the IEEE Internet of Things Journal. He has served on the executive committee of several conference technical program committees including IEEE INFOCOM, ACM ICN, IEEE MASS. His research is funded by the NSF, DoE, DoD, and Intel Labs.